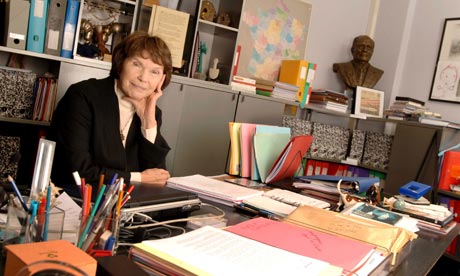 Sadly Danielle Mitterrand, France’s former first lady has died at 87. At 19 years old she joined the French Resistance and was hunted by the Gestapo.

She fought her entire life, with and without her husband, the first socialist president of France. One of her main targets was financial inequality and the gaps between rich and poor, much like the Occupy Movement. When accused of being outspoken as a first lady she once said: “Each woman has her own personality and … acts according to her own conscience and her sensibilities.”  She fought tirelessly for international human rights. A life clearly well spent. (Source Associated Press)

Mindfulness Made Easy: 50 simple practices to reduce stress, create calm and live in the moment.

View All My Books
Scroll to Top