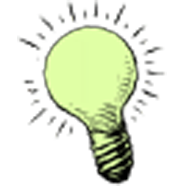 Thanks to Women’s ENews for telling us about these great new movies: http://womensenews.org/story/arts/131031/last-love-offers-dance-grief-reconciliation

This is a very good article describing how the Canadian Federal government gives money to specific groups of women (who question its long-term effectiveness) but meanwhile ignores the deeper causes of gender inequality. http://womensenews.org/story/crime-policylegislation/130916/canadas-honor-crime-funding-decried-biased Here is an except of the article by Sadiya Ansari: “Political advocacy was cut from the listed activities eligible for funding by Status of Women by …

News from around the world thanks to Womens eNews! http://womensenews.org Women in North Korea are now allowed to ride bicycles, reported NBC News Aug. 17. The activity was banned for women in 1996 because it was not feminine.  http://worldnews.nbcnews.com/_news/2012/08/17/13331864-women-allowed-on-bicycles-as-n-korea-turns-wheels-of-change?lite The Center for Women Policy Studies released seven papers examining reproductive rights in contexts ranging from …

News from around the World Read More »

A new collective is producing a steady stream of comic strips about their own findings of gender bias. Topics range from the male domination at Marvel to female creators using male-sounding names.By Sarah Seltzer, WeNews correspondent, Tuesday, August 7, 2012. http://womensenews.org/story/arts/120803/ladydrawers-creates-big-picture-cartoon-bias